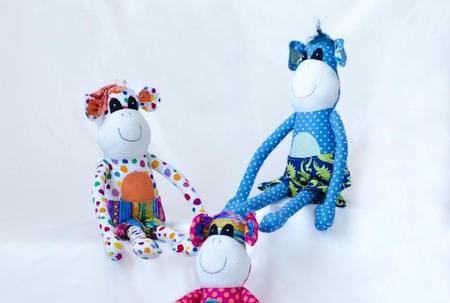 Originally incorporated and approved as a NonProfit Organization in January 2001, the organization was  originally named Second Chance Center for Abused Children and supported many organizations whose primary focus was on the welfare of children.  In 2013 , the organization refined its purpose to directly help the sick and disadvantaged children of the Delaware Valley and beyond with various programs and events. The name of the organization was changed to honor the infant son of Bill and Marianne who passed away at the Childrens' Hospital of Philadelphia in 1984.

Colin's Angels is a 501c(3) not for profit corporation. Our purpose is to help sick and disadvantaged children of the Delaware Valley and throughout the country. The organization is focused on making our children smile.

Marianne is the creative force behind the organization since joining in 2013. She is the creator and designer of "Feel Good Monkeys", "Hero Capes" and "Comfort Pillows" all of which she makes by hand. These items are then distributed to Children's hospitals and other organizations. Marianne is a dance instructor that has worked with children her whole life.

In January 2001,  Bill co-founded this charitable organization which was originally named Second Chance Center for Abused Children.  In 2013 the name was changed and Bill's wife, Marianne, joined the organization. Bill is a lifelong volunteer for various nonprofit organizations that assist and benefit children of all ages.